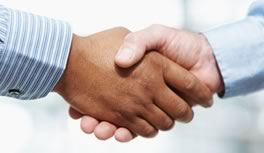 AIP’s competitive advantage lies in its independence and its ability to reach out to the various providers in the market place for (i) investment opportunities and structures, (ii) securities ideas and execution, and (iii) investment management and custody. This, together with the seniority and experience of its founders (over 70 years combined), enables AIP to be an adaptable and proactive entity in a dynamic wealth management sector. 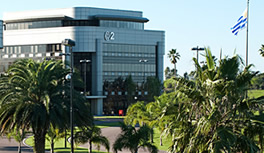 Uruguay is acknowledged as a strategic gateway for international enterprises conducting business in the Latin American region and globally. Uruguay offers stability in economic, political, legal and social issues. It is also the financial centre of the MERCOSUR area, a trading zone which has a market of 265 million people. With a history of strict compliance with international obligations, Uruguay has been positioned as a regional finance center with a long tradition of liberty, security and secrecy. Uruguay has a regime of full liberty for movement of capital and profits, foreign exchange and gold, inbound and outbound from abroad, and an exchange system of free convertibility for the local currency. Additionally, professional secrecy and bank secrecy are strictly regulated under the Uruguayan legal system providing an appropriate framework for investors and investments.

Zonamerica is a free trade zone business park founded in 1990 which provides companies with infrastructure services for efficient operation It employs over 8000 people and is host to more than 300 companies which include BDO, BBVA, KPMG, Deloitte, RBC, Merck & Tata amongst others.
www.zonamerica.com

Astra Investment Partners S.A. is regulated by the Banco Central del Uruguay and received the authorization to operate as an Investment Advisor registered at the Mercado de Valores del Uruguay (BCU number 7651).

Astra Investment Partners S.A has a Contingency Plan which is available upon request.
For a copy of the plan, please email us at admin@astraip.com.

Julio has been an advisor to individuals and family offices throughout Europe, Israel and Latin America since 1985 when he joined Merrill Lynch in Argentina. He was based in London from 1994 to 2007 where he was part of the team that managed the London Pan European office, and was leader of the Scandinavian market. In 1998, he formed a team to manage assets for European and Latin American clients. He graduated from the University of Buenos Aires with a degree in Economics in 1985 and an MBA from the London Business School in 2005. He is Series 7 and Series 8 registered and was FSA registered from 1994 to 2010. He speaks Spanish, English, French, Portuguese and Italian.

Monica has been an advisor to individuals and family offices throughout Europe, Israel and Latin America since 2001 when she joined Merrill Lynch in London. Prior to this, from 1984 to 2001, she was an institutional fund manager in the City of London where she was Divisional Director of Henderson Global investors and co-head of the Emerging Markets desk. She was also a director of Lazard Asset Management Unit Trust Company for Global Emerging Markets and a US equities fund manager for 12 years before that with Capital House Investment Management and Meridian Funds Management. Monica has a first honors degree from the Escola de Administracao de Empresas da Bahia, Universidade Federal da Bahia, Brazil, is a member of the Conselho Regional de Administracao da Bahia (CRA), an Associate Member of the UK Society of Investment Professionals and the CFA Institute. She was FSA registered from 2001 to 2010. She speaks English, Portuguese and Spanish.

He joined the team in 2012 at Merrill Lynch Montevideo. He previously worked as a Financial Assistant at R&M Consultores, and at Wells Fargo Advisors before that. In 2010 he obtained his Series 7 license. He graduated as a Public Accountant from the ORT University of Montevideo in 2014. He is a CFA Charterholder since 2018. Francisco speaks Spanish and English.

She joined the team in 2020 from HSBC Uruguay. Has a degree in Economics from the Universidad de la República de Uruguay. She speaks English and Spanish.